Michael Naphan survived a childhood in the wilds of Northern Ontario before moving to Toronto to first study in York University’s prestigious Design program, then computer animation at the Toronto Film School. His first animated short “XING” won numerous awards and was developed into TV series “The Wild Life” with Breakthrough Entertainment. In 2010, he graduated from the Canadian Film Centre’s TV Screenwriting program, and in 2014 he created the viral video Solar Freakin’ Roadways (22+ million YouTube views) that garnered $2.2 million for the Solar Roadways crowd-funding campaign. He’s worked as an animator on numerous children’s series, feature films and television shows including Halo, What We Do in the Shadows, and Marvel’s Wandavision. He settled back in Sault Ste. Marie in fall, 2022. 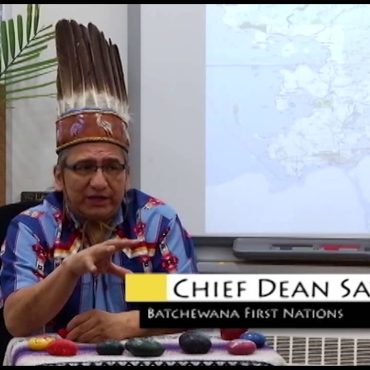 Dean Sayers is the Chief of Batchewana First Nation. Their traditional lands run along the Eastern shore of Lake Superior from Batchewana Bay to Whitefish Island at Bawaating (Sault Ste. […]