In this episode, Paul Defazio shares deeply personal thoughts that inspired the release of his first album, a type of musical therapy to make some sense of his life.

When it comes to being a stage performer, Paul Defazio is a late bloomer. Music was in him and he took to playing guitar in his teen years, listening to the bands of the 60’s, like The Beatles, the Rolling Stones and all the rest. The playing then was in his basement, at campfires maybe with friends, but never in clubs or on stages. He dabbled in writing songs. It would be decades before he developed the confidence to play in front of people, and sing in public.

Life was primarily spent as a real estate agent raising a family in Sault Ste. Marie. He had been dealing with personal issues of mental health for a long stretch of his life and checked into a clinic for treatment in the USA. He spent a few months there, in Texas, where his life made a profound creative change. Defazio was in his fifties when he finally decided to put some of his songs on record. Songwriting for Paul Defazio is a means of coping with personal issues and in his music, there is remedy. “Chasing Rainbows” is Paul’s first CD.

“I’d rather chase a rainbow than catch a dollar bill, follow a butterfly up some misty morning hill, I’d sooner look into your eyes and see the rising dawn, cuz I don’t give a damn for that highway I was riding on.”

From the song “Chasing Raindows” 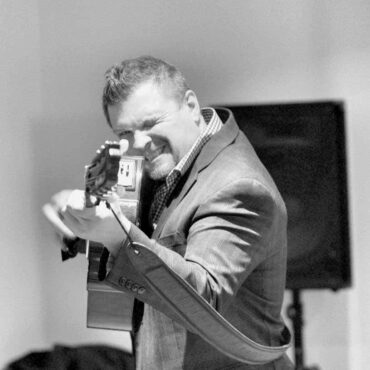 Paul DellaVedova – Born With The Blues

On this episode, we get blues guitarist and singer Paul DellaVedova to shine some light on the hidden stories that live behind the 10 songs on his debut CD, “Born […]