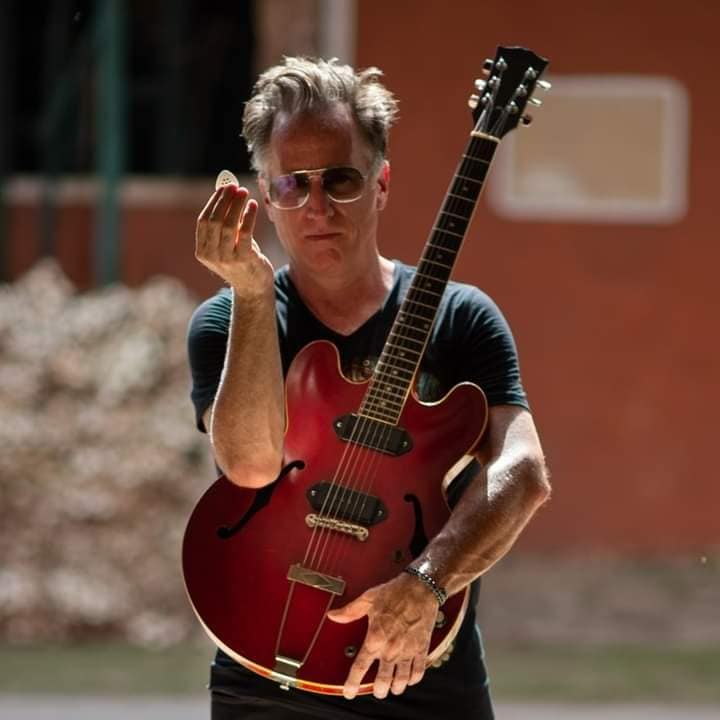 David Barrett is a guitarist/composer with a master’s skill. David is a regular at Mike’s Lunch Music. He fronts the innovative David Barrett Trio.

DAVID BARRETT TRIO is a band from Toronto, produced by Alex Lifeson. David Barrett started the band in the summer 2010 with bassist Jason Farrar and percussionist Sascha Tukatsch. They recorded their self-titled album with engineer Richard Chycki (RUSH, DREAM THEATER). They also worked in 2012 with producer ALAN PARSONS. The members of the trio have a lot of experiences both touring and recording.

The music is an instrumental driven rock where the acoustic, including mandolin, and electric guitars have a lot of space. The songs alternate between mellow, sometimes folk parts and heavier passages. There is also a little exotic flavour to the music on some songs.

Buck Moore has really only been in two bands, Throbbin’ Hoods, lovingly known as Toronto’s Underground Garage Darlings, and Test Monkey, which changed the name back to Throbbin Hoods, with […]