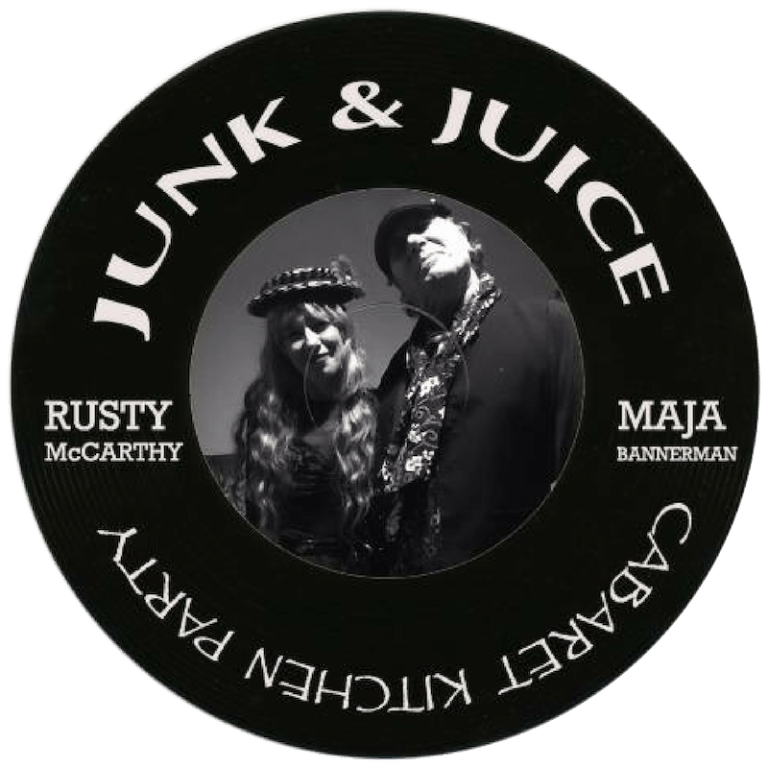 Rusty McCarthy and Maja Bannerman are ‘Junk & Juice’ – part kitchen party, part cabaret. Expect a little silliness, a little pathos and a musical merry-go-round of songs and spoken word delivered with delight and attitude. The show includes original work in addition to switching up popular songs. The shows are performance driven and blend a variety of musical styles with spoken word, creative movement and a dash of audience participation.

Maja Bannerman is a Canadian writer, singer and performing artist living in the Niagara region. She first broke out as one of the artists who changed the cultural artistic landscape of Queen Street West in Toronto during the 1980s. Since then, she has toured across Canada presenting her music, spoken word and plays both in solo performances and with other artists.

She has been called “slightly eccentric, conversant in multi-media art forms and daring in presentation.” Her performances have been characterized as “seductive and witty,” “moving,” “evocative,” and “haunting.” Lillian Allen called Maja “the Mother of spoken word in Canada.”

Rusty McCarthy is a singer, songwriter, producer, engineer, and one of the finest blues and jazz guitarists on the scene today. With a career spanning several decades he has shared the stage with some of the finest performers in the world. As a free-lance guitarist Rusty has jammed and played with pop’s Alannah Myles, Tom Cochrane, and the Bare Naked Ladies. He’s played blues with Jeff Healey, Jerome Godboo, The Blues Brothers, Steve Strongman, and has played jazz with Bill Frisell, Holly Cole, and Molly Johnson and he’s played folk gigs with Colleen Peterson and Katherine Wheatley.

His musical projects have him travelling the world, often as band leader and guitarist with Mary Margaret O’Hara. Notable shows were in London, New York and L.A. sharing the stage with music icons Sting, Lou Reed, Marianne Faithful, Steve Earle, and Elvis Costello. TV Appearances include N.B.C.’s Night Music’, BBC ‘Top of the Pops,” and Much Music. 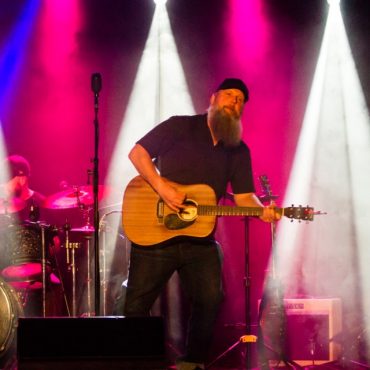 ANDY CHILLMAN is a veteran musician, for over 30 years he’s been writing, recording and performing original music. Having spent a few years on and off touring, he recently started […]