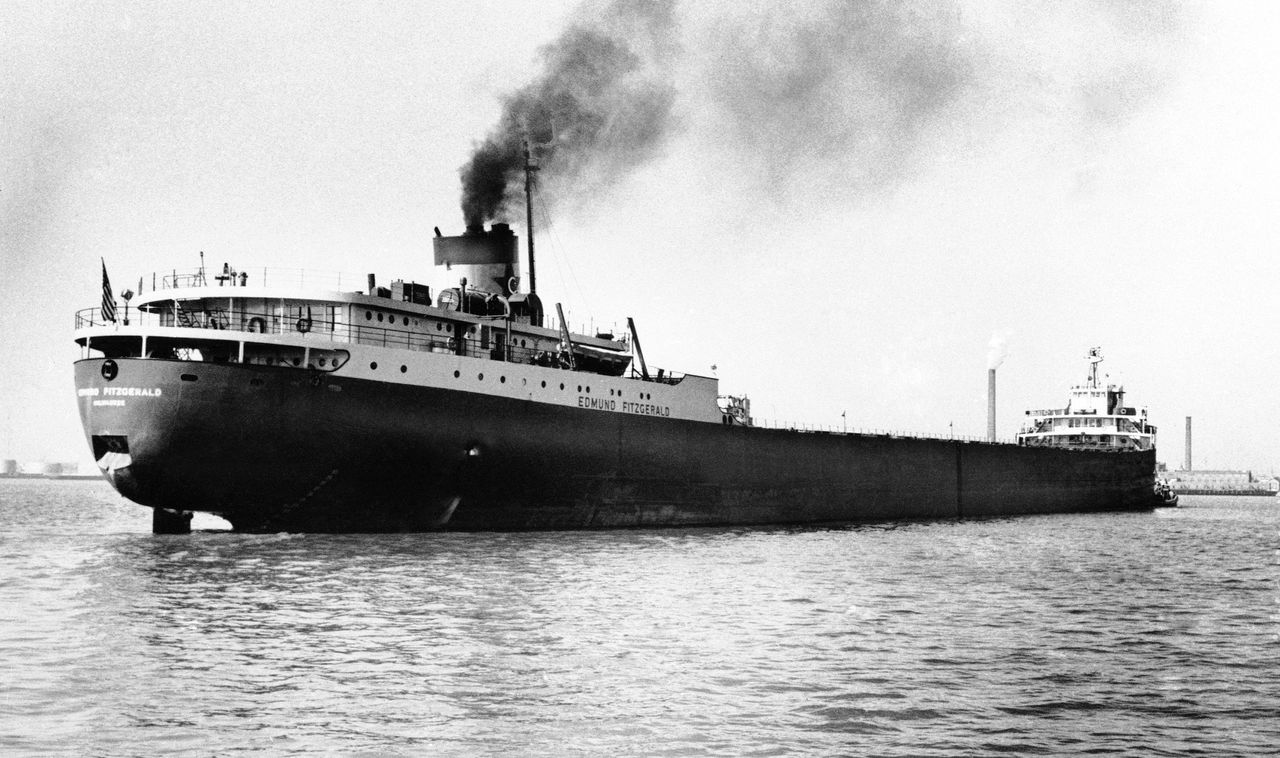 2 a.m. The Fitzgerald and Anderson agree to take a northern route across the lake for protection from the gale. NWS upgrades the forecast to a Storm Warning, predicting northeast winds of 35 to 50 knots and waves of 8 to 15 feet.

7 a.m. The Fitzgerald calls its company office to report a delayed arrival due to worsening weather conditions. The ship is approximately 35 miles north of Copper Harbor.

1 p.m. The Fitzgerald is 11 miles NW of Michipicoten Island. The Anderson is approximately 20 miles northwest of the island, reporting 20-knot winds and 12-foot waves.

1:40 p.m. The Fitzgerald radios the Anderson to talk weather and course changes. Capt. McSorley reports his ship is “rolling some.” The Fitzgerald cuts closer to Michipicoten Island while the Anderson cuts west a bit to take rising seas from astern.

2:45 p.m. The Anderson changes course to avoid Six Fathom Shoal area north of Caribou Island. The Fitzgerald is about 16 miles ahead. Heavy snow begins to fall and the Fitzgerald is lost from sight. It’s the last time the ship would be seen by human eyes.

3:30 p.m. The Fitzgerald calls the Anderson to report damage and say the ship would slow to let the Anderson catch up. Minutes later, the Coast Guard issues directions for all ships to find safe anchorage because the Soo Locks have been closed.

McSorley: “Anderson, this is the Fitzgerald. I have sustained some topside damage. I have a fence rail laid down, two vents lost or damaged, and a list. I’m checking down. Will you stay by me til I get to Whitefish?”

Cooper: “Charlie on that Fitzgerald. Do you have your pumps going?”

McSorley: “Yes, both of them.”

4:10 p.m. The Fitzgerald radios the Anderson to request navigational help.

4:30 p.m. The Fitzgerald passes 3 to 5 miles east of Caribou Island. Many theorize the ship unknowingly struck the poorly marked 6 Fathom Shoal on the island’s north side, but that has never been conclusively proven. The debate rages to this day.

5:30 p.m. The Fitzgerald is advised by the Swedish ship Avafors that the Whitefish Point beacon and light are disabled by power failure.

Avafors: “Fitzgerald, this is the Avafors. I have the Whitefish light now but still am receiving no beacon. Over.”

Avafors: “The wind is really howling down here. What are the conditions where you are?”

Avafors: “What’s that, Fitzgerald? Unclear. Over.”

Fitzgerald: “I have a bad list, lost both radars. And am taking heavy seas over the deck. One of the worst seas I’ve ever been in.”

Avafors: “If I’m correct, you have two radars.”

7:10 p.m. The Anderson calls the Fitzgerald with navigation instructions. The ship is about 10 miles behind the doomed freighter.

Anderson: “Fitzgerald, this is the Anderson. Have you checked down?”

Fitzgerald: “Yes we have.”

Anderson: “Fitzgerald, we are about 10 miles behind you, and gaining about 1 1/2 miles per hour. Fitzgerald, there is a target 19 miles ahead of us. So the target would be 9 miles on ahead of you.”

Fitzgerald: “Well, am I going to clear?”

Anderson: “Yes. He is going to pass to the west of you.”

Anderson: “By the way, Fitzgerald, how are you making out with your problem?”

Fitzgerald: “We are holding our own.”

Anderson: “Okay, fine. I’ll be talking to you later.”

7:15 p.m. TheFitzgerald disappears from the Anderson’s radar. More than an hour later, the Coast Guard begins an active search. The 29 crew members aboard the Fitzgerald all perish. 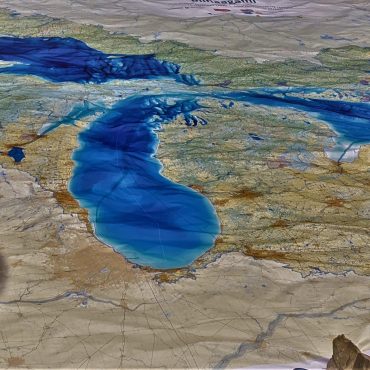