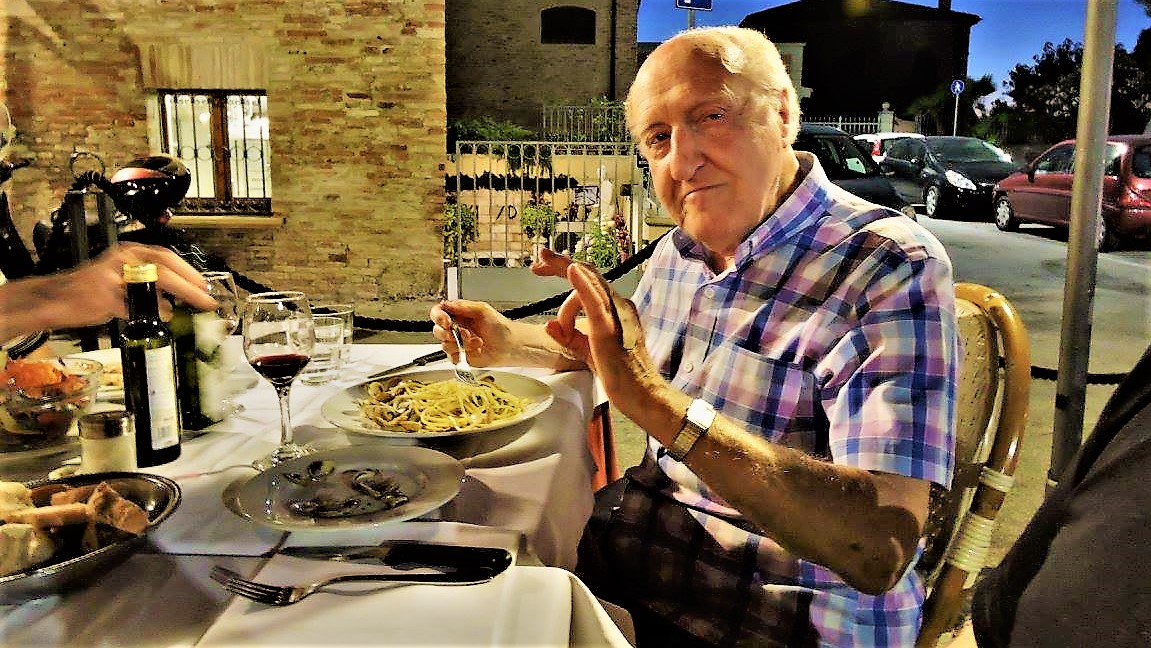 Aldo Diotallevi is one of the Soo’s real treasures. Now 99 years young, (this conversation took place when Aldo was a youth at 97) he has a remarkable history that includes playing the tenor saxophone on the same stage as Louis Armstrong and Duke Ellington, among others, at the Sault Memorial Gardens. In this interview, we hear Aldo’s memories of the big band era, recalling the names and players that made the music in Sault Ste. Marie, as he touches on the radio days of CJIC and the dance hall days of the Marconi and The Princess.

This interview was recorded in February of 2020.

Also, check out this story from SooToday (January of 2016)…

According to Saultite Aldo Diotallevi’s Oral History (available for viewing on the public library catalogue), his father moved to the Sault from Sudbury and opened a taxi business, a cover for his bootlegging business.

According to Diotallevi, bootlegging was a common way to supplement income in those days.

When he asked his father if it was illegal, his father replied, “the government does it, why shouldn’t I?”

He saw himself as just another businessman.

At one point, Diotallevi’s father had run-ins with the Italian Mafia, La Mano Nera or Black Hand from Hamilton, Ontario.They threatened his life and the lives of his entire family if he didn’t stop selling alcohol.

The senior Diotallevi procured the help of local resident, Sante Carbone who had a “talk” with the gentlemen threatening Diotallevi’s family and the threats stopped.

Diotallevi tells a story during his Oral History interview about an incident when the Mounties were watching his father’s house, in the James Street/Hudson Street area, because they knew he had alcohol there.

They came in and searched their home but found nothing.

Senior Diotallevi had the forethought of having a carpenter friend build false floors in his house. At the time of the search, he was hiding 110 gallons of alcohol under the floors.

It was at this point that Aldo’s father decided to get out of the business, but he still had to get rid of the 110 gallons of alcohol that he was hiding in his house, with the Mounties watching his every move.

Enlisting the help of a local grocer, he had the grocer come to his home with a bag of groceries and leave with a gallon of alcohol.

He was eventually able to remove all 110 gallons of alcohol out of his home, right under the noses of the Mounties! On stage, the Killer Hooks nail the classics that pack the dance floor. Off stage, their tastes range from metal to opera to Latino. The band visits The Borderline to […]