This podcast first aired in September of 2020.

Kevin Closs is a singer-songwriter, born in Sault Ste. Marie, raised on Manitoulin Island and lives in Levack, outside of Sudbury, Ontario. Since 1990 he has worked as a recording and performing artist releasing twelve independent albums, playing concerts, festivals and clubs across the country. Kevin’s third album, Surrender, featured two hit singles, “Erica” and “Home”. He has also toured with multiple Juno Award winner and country music legend Charlie Major.

Since 2015 Kevin has also worked as a polar tourism guide. He has travelled to Greenland, Nunavut, Svalbard, Antarctica and South Georgia, writing songs and composing instrumental guitar music inspired by his travels. His album, In Deep, features music written while travelling in the polar regions with G Adventures on board the M/V Expedition.

In 2015, Kevin was given the opportunity to travel through the Northwest Passage with Adventure Canada, as a resident musician and songwriter. The following year he joined G Adventures for ten weeks exploring Svalbard, a small group of islands in the Arctic Ocean midway between Norway and the North Pole. He was trained as an Arctic guide which included Zodiac driving and firearms handling. He has continued with G Adventures playing music and guiding in Antarctica and South Georgia in the polar regions.

His contributions to the northern Ontario arts community won him the Jackie Washington Award in 2002 and the Mayor’s Celebration of the Arts Exceptional Achievement Award in 2016.

Closs has written and published one book, ‘Omagee’ in the sci-fi and fantasy genre, available at an Apple Store. 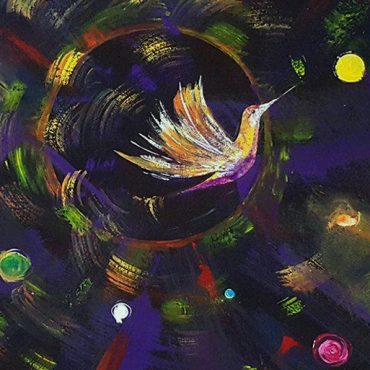 We talk with Sault Ste. Marie Arts & Culture coordinator, Todd Fleet, and with woodland artist Thomas Sinclair, whose work shows at the Roberta Bondar. And we also speak with […]